A calico is domestic cat with a tri-color coat. Its coat is mainly white with black, brown, and flame-colored patches. The calico's eyes can come in many colors, including blue, yellow, green, and in between. They are not to be confused with tortoiseshell cats, which are similar but with significantly less white. 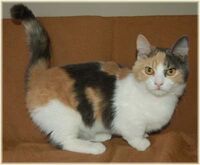 The diluted calico is also a type of calico coat pattern where black becomes dark gray, orange becomes somewhat pale tawny, and brown becomes beige, or the colors become faded. as with normal calicos, their eyes can come in an array of colors.

Calico cats are almost always female because the X determines the gender of the cat and females have two Xs. Because the Y carries no color genetics, it is extremely rare for a male to be a calico. The exception is when the male abnormally carries two X chromosomes and one Y. All male calicos are sterile due to this.﻿

Male calicos cats can be born, albeit extremely rarely. Males are almost always sterile and may not live as long due to mutations and health issues. As a result, many cat registries will not accept them as show cats. Some male calico cats do, however, live long, healthy lives. 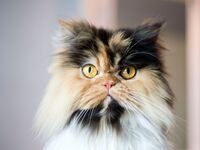 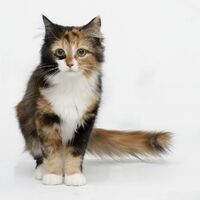 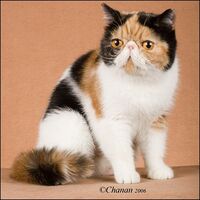 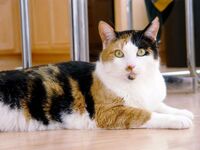 A pair of calicos 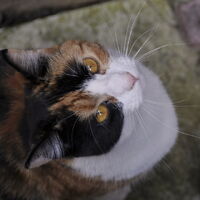 A longhaired calico
Community content is available under CC-BY-SA unless otherwise noted.
Advertisement